Meet the People We Serve

We have been able to help many students this year through the Food For Kids program.  The one that stands out to me is a fifth grade boy.  His mom works at McDonalds but was struggling to make it.  They were evicted from their home and were living in a hotel in town.  He was having trouble focusing, staying awake and was complaining of not feeling well on a regular basis.  I contacted mom and asked if she would like for me to send home a backpack on Friday.  She was very appreciative of the help and explained what all was going on with their living situation.  After he received the backpacks for a few weeks, he began to smile more and stopped complaining of feeling bad.  As the weeks passed, his grades began to improve and he began to want to succeed again.  They are now back in a house but still living on less than pay check to pay check.  Mom has continued to work and do the best she can.  Without the Food For Kids program, this child might have ended up failing the fifth grade.

“The backpacks change lives!” writes a teacher who witnessed it firsthand. She tells of a family with four kids, mom suffers from a drug addiction and left the dad to raise them on his own. He tries very hard, though he has little education, working whatever odd jobs he can find. The children would ask for more food at school and then try and sneak some of their lunch home. They were living in survival mode and their demeanor and grades showed it. But when they were put on the backpack program they came out of their shells gaining confidence. The oldest boy actually tried out for the basketball team and is now the leading scorer.

When the Ends Don’t Meet

Winter told her teacher she was struggling because she was hungry. Her family shared a single TV dinner the night before. The teacher got backpacks to be sent home for her and her brother. The next morning the backpacks returned with a note from the mom: “…thank you for all the food and things that was sent home. This month our food supply ran a little short. We greatly appreciate everything you have done for my family.”

In Calhoun County one pantry writes, “The families that come here for food are not usually ‘just hungry.’ They have many other problems as well. Hunger hurts the tummies of poor children and hunger robs others from learning and living a life of joy. One Saturday afternoon I just knew one of our families had a worse problem than needing food.” She goes on to describe a man, woman and three beautiful young children who immediately began eating their new food just outside the pantry center. JoAnn took the opportunity to learn their story. “They had been living in their old van for three months. After the man lost his job their whole world began to collapse. We were able to get the family in a house and help the mother get a job. The poor families usually use the word hopeless to describe how they feel and we can see it all over their faces. Hopelessness is an unlit candle. When we feed, clothe, and help the poor we light that candle… the darkness disappears.”

Montana, Carly and Julia are best friends who are, in many ways, average 16 year old girls. They make plans together, giggle, talk about the future and do each other’s makeup. Yet their friendship goes deeper than these typical experiences—their shared battle against hunger forges a unique and bittersweet bond.

“Teenage girls their age that are not poor would be at the mall or movies somewhere fun on a Saturday night. But these girls don’t live like normal,” says Jo Ann, who runs the Calhoun county pantry where the girls have gone for help since childhood. “No school always means no food for poor children,” explains Jo Ann. She gladly opened the doors of the food pantry and allowed the obviously relieved girls in. “I had forgotten how sweet happy young girls can squeal,” she shares with a smile. While the girls giddily shopped, Jo Ann took the opportunity to catch up. “I asked them what they wanted to do when they get out of high school in two years. Carly looked quiet and fearful. She has a brain tumor that almost took her life. She has a goal to just live. Julia is joining the Air Force.  I have talked to Montana about being a nurse because she is smart and so tender hearted. She told me she plans to be a nurse, so I talked to her a lot about her grades and working hard to reach a goal.  Two years ago she was acting up at school, now I am so proud of her.”

The Coy family has been regularly visiting Mrs. Jackson for over a year now. “She is just fabulous with our girls. They refer to her as their grandmother and it just fits. We talk about our faith with each other and she shares all kinds of stories from her past. It is all very interesting to our girls who are growing up in a very different era. Mrs. Jackson offers perspective to our girls that they would not get anywhere else. She’s done far more good for us than we have for her.”

The Food For Seniors program quickly grew from an item on the to do list into a relationship that naturally fit into the Coys’ life. “We’ve gotten to know Mrs. Jackson very personally. She invited us to a prayer breakfast with her. We were so honored and proud to join her.” At Christmas, Anne Marie and Alexis were in Ballet Arkansas’s production of the Nutcracker. “We wanted her to feel very special, so we made sure she had front row seats and we had her bring her daughter as a part of her Christmas gift. We loved having her there, it just made that night so special.” Jennie laughs as she shares, “She just had a birthday in March. So for her 93rd birthday we actually got her a gift card to Golden Corral because she is always talking about how much she loves that place!” 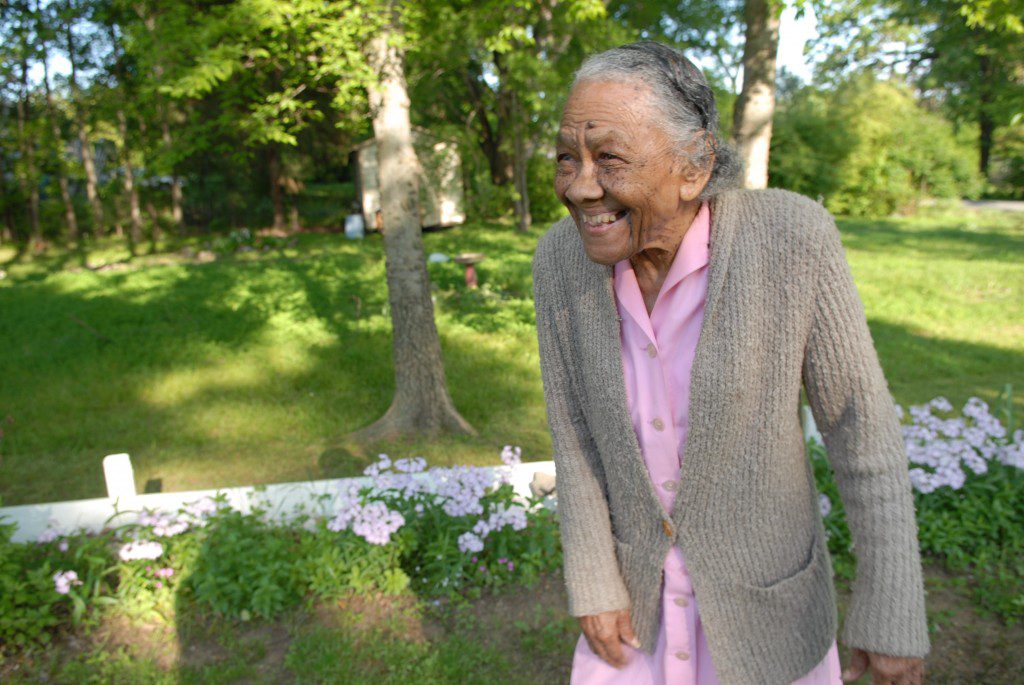