We have made the decision to transform Empty Bowls 2020 from an in person gathering to an online event.  This was a tough but clear decision – we must do our part to keep our community safe in this time of impact from COVID-19.

We are heartbroken to not have this gathering – both because it is a unique way for us to be with you, our partners in the fight to end hunger, but also, because this event generates valuable revenue that supports our work.

Even though Empty Bowls is not taking place in person this year, we are still very concerned about the increased number of families whose bowls will be empty in the coming weeks and months due to this growing crisis. We would love if you could join us for our online auction and live stream on May 8th to help feed hungry Arkansans!

The Tina and Rich Hillman Family began partnering with Arkansas Foodbank four years ago when Tina helped establish the senior food pantry at Carlisle United Methodist Church. As sixth generation farmers, the Hillman family has also continuously donated extra crops to the Foodbank for over 25 years.

Tina, a native of Poplar Bluff Missouri, attended University of Central Arkansas where she graduated with a degree in Education. She went on to be a kindergarten teacher and later started the ABC pre-school program in Carlisle.

Rich, a native of Carlisle, graduated from the University of Arkansas with a degree in Agriculture from the Bumpers School of Agriculture where he was recently honored as a distinguished alum. Rich is a sixth generation farmer of rice, soybeans and corn and past chairman and former member of Arkansas Rice Research and promotion board. Rich has also been the Vice President of Farm Bureau for 11 years and was recently named Arkansas Farm Bureau President. Rich also serves as the Vice Chairman of the Board of Directors for Riceland Foods.

They have two children, Collin and Caroline.

Collin attended the University of Arkansas and obtained a degree in Business Agriculture from the Dale Bumpers School of Agriculture. As a seventh generation farmer Collin now runs the family farms full time.

Caroline received a degree in business from the University Of Arkansas Walton School Of Business and is currently a sales representative for Medline. She and her husband Brad reside in Conway. 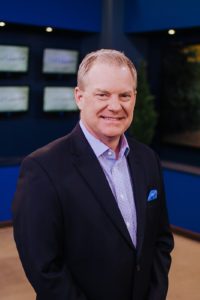 We’re excited to let you know that the Arkansas Foodbank will be honoring a valued community partner, Tom Brannon, former THV11 co-anchor and meteorologist.  Tom co-founded the Summer Cereal Drive which will celebrate its 20th anniversary this coming summer.

Tom Brannon is a native Arkansan, raised in Cabot and a 1985 graduate of Cabot High School.  Tom holds a degree in Radio, Television & FILM from UALR, and a Certificate of Meteorology from Mississippi State University.  Tom is currently the Operations Director and Lead Talent at Ron Sherman Advertising in Little Rock where you may see him pitching home improvement products on various television programs during the day.  Prior to Ron Sherman Advertising, he had a 22-year career as a Morning Meteorologist at KTHV. During his time there he had the honor and privilege of hosting a number of non-profit events benefitting Arkansas organizations including the Arkansas Foodbank, Special Olympics and Stuff the Sleigh just to name a few. Tom and his wife Leigh Ann currently live in Little Rock and he has one daughter, Sophia who is a sophomore at Mount Saint Mary Academy.

Thank you to our Presenting Sponsor! 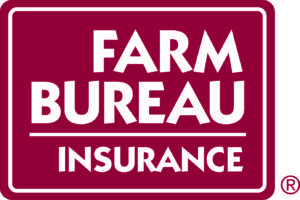 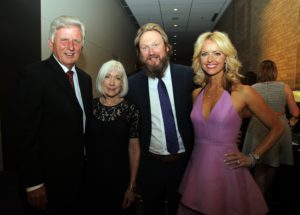 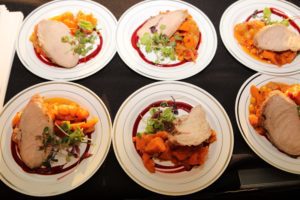 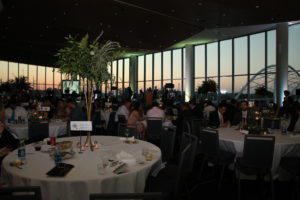 Check out our other events here!