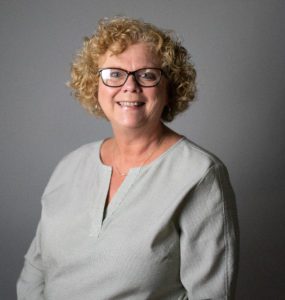 Rhonda Sanders is a former executive director of the Arkansas Hunger Relief Alliance, a statewide coalition of hunger relief groups with more than 100 member organizations, including Arkansas’ six Feeding America food banks. At the Alliance she implemented the Arkansas State Food Purchasing Program, the Arkansas Gleaning Network and, with Gov. Mike Beebe and the national childhood hunger organization Share Our Strength, Arkansas’ No Kid Hungry Campaign, which has become a model program achieving national attention. Prior to this, Sanders worked for 14 years at Arkansas Advocates for Children & Families, where she served as Director of Health Policy and Legislative Affairs. Ms. Sanders was an original member of the Natural Wonders Partnership Council and was a co-author of the first Natural Wonders Report in 2007. Before joining Arkansas Advocates, she worked at the Arkansas Department of Health for five years, where she served as director of the Child Health Planning Project, acting assistant director of the WIC program, and lead trainer for the data processing department. Sanders has also directed the Arkansas Home Visiting Network at Arkansas Children’s Hospital, where she developed and expanded a statewide network of preschool home visiting programs. Sanders is a member of the Children’s Behavioral Health Care Commission and served from 2003-08 as a member of the Child Health Advisory Committee for ACT 1220. During her tenure on the committee, the Body Mass Index project was implemented in Arkansas, and State Nutrition and Physical Activity Standards for Schools were adopted by the Arkansas Department of Education. She served as member of her local school board in Bryant, AR for 10 years and currently serves on the Bryant Chamber of Commerce Board. In January 2021 Rhonda began serving on the Bryant City Council as an elected member for Ward 4. Rhonda stays engaged with the community by serving on multiple committees, boards and task forces to help improve the well being of vulnerable Arkansans. She is a graduate of Ouachita Baptist University with a degree in Accounting and received a Master in Public Health from the UAMS College of Public Health.