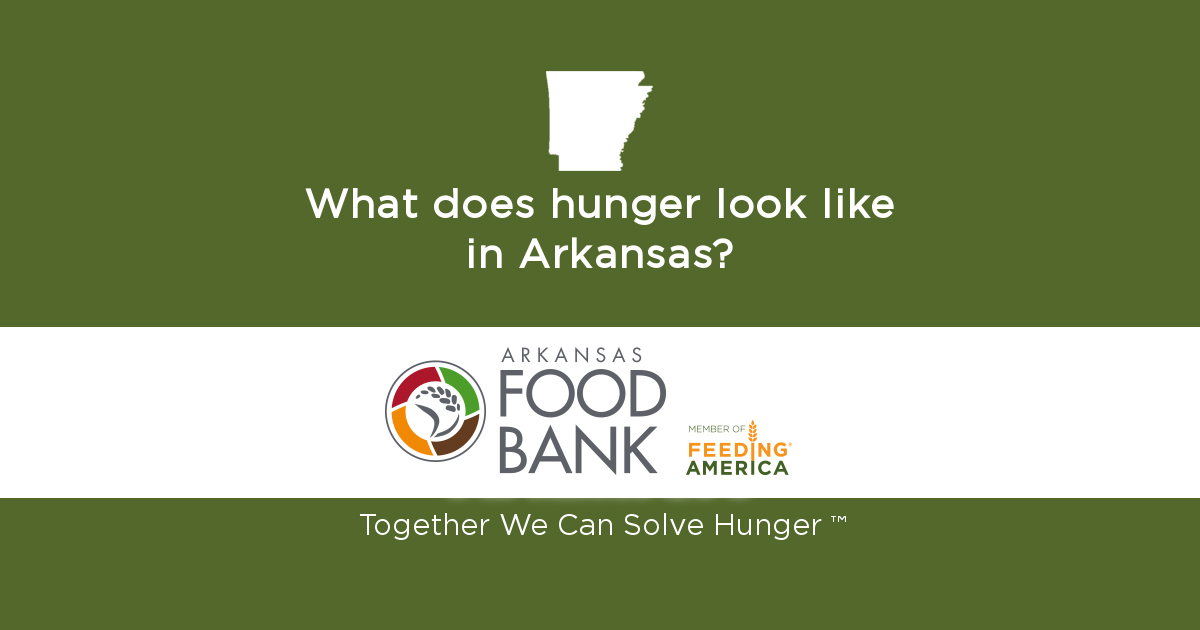 Arkansas Remains One of the Worst States for Hunger 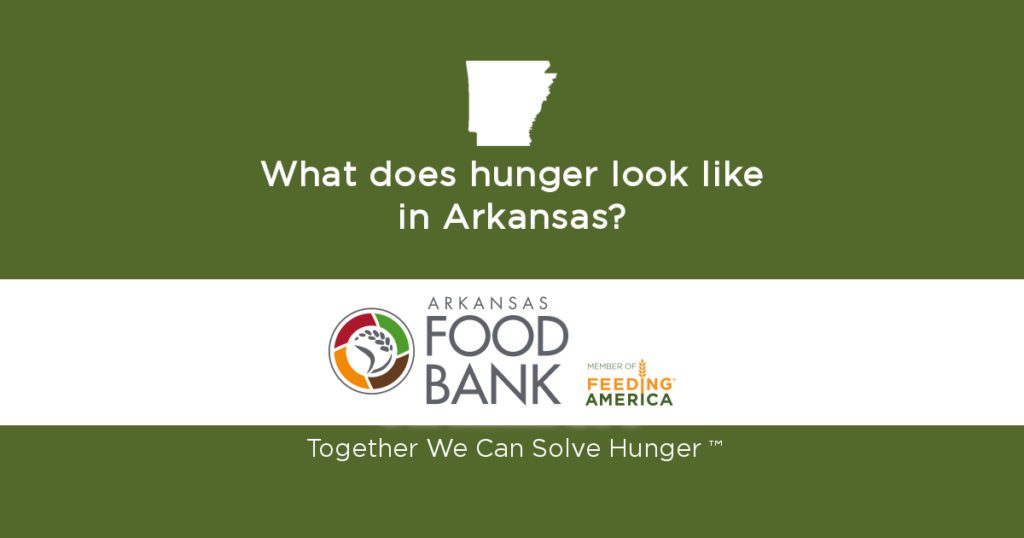 Overall food insecurity in Foodbank service area ranges from a low of 11.9% of the population in Saline County up to 30.3% in Phillips County. Here in Little Rock and Pulaski County, 19.9% struggle with food insecurity or 77,800 Arkansans.

“The numbers from the Map the Meal Gap study provide a severe reality of hunger in Arkansas,” says Arkansas Foodbank CEO Rhonda Sanders. “Hunger exists and it remains a prevalent problem six years since the Recession. These numbers are the reason why we remain committed to finding pathways to connect people, resources and food to reach those in need, providing dignity, hope and a brighter future for all Arkansans”

Arkansas Foodbank is one of 200 food banks in the Feeding America network that collectively provides food assistance to 46 million Americans struggling with hunger. In 2017, the Foodbank distributed 26.5 million pounds of food; enough for 60,500 meals a day and 742,000 visits a year.  Just recently the Foodbank began work on a produce initiative to increase the amount of fresh fruits and vegetables distributed to those in need by 2 million pounds a year through 2020.

Map the Meal Gap 2018 uses data from the U.S. Department of Agriculture, U.S. Census Bureau, U.S. Bureau of Labor Statistics and food price data and analysis provided by Nielsen, a global provider of information and insights. The study is supported by The Howard G. Buffett Foundation, Conagra Brands Foundation and Nielsen.

The study’s findings underscore the depth of need that remains in communities in Arkansas and across the U.S., despite national measures from the USDA that indicate overall improvement. Food insecurity is a measure defined by the USDA as lack of access, at times, to enough food for an active, healthy life for all household members.

A summary of the findings, an interactive map of the United States, and the full report are available at map.feedingamerica.org

Due to Inclement Weather in the area, the Arkansas Foodbank will be closed Wednesday, February 1st.

Please call our inclement weather line at 501-569-4390 or visit our social media pages for any updates.