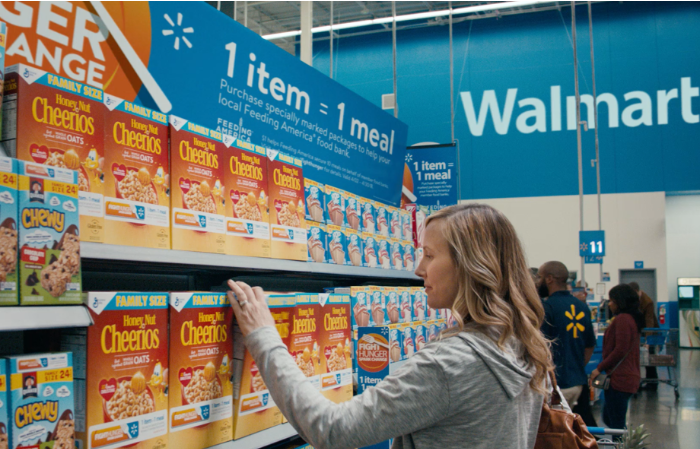 Arkansans in central and southeastern Arkansas helped to raise $176,999 for local families in need through Walmart and Sam’s Club’s “Fight Hunger. Spark Change.” campaign. In its sixth year, Walmart and Sam’s Club engaged 18 suppliers and the public in its nationwide campaign that raises money for local food banks and brings national attention to the issue of hunger.

In Arkansas, 1 in 5 struggle to put food on their tables.  Hunger also impacts 1 in 4 children in our community.

“Arkansas Foodbank works hard every day to help people who may not know where they will find their next meal.  We need everyone to join the fight to end hunger and we are tremendously grateful to Walmart, Sam’s Club, their associates, dedicated suppliers and everyone in our community who helped to support the ‘Fight Hunger. Spark Change.’ campaign,” said Rhonda Sanders, CEO Arkansas Foodbank.

Each Walmart and Sam’s Club worked with at least one of the 200 local Feeding America member food banks, raising money by encouraging shoppers to make a donation or purchase participating items in-store or online. For every participating product purchased, the equivalent of one meal was donated to a local food bank.

More than $26 million dollars were raised this year through “Fight Hunger. Spark Change.” Additionally, Walmart and Sam’s Club exceeded their goal of securing 1 billion meals* for local food banks since the campaign launched.

“Because of the generous support of our suppliers, customers and associates, food banks will be able to do even more this year to help meet the needs in their communities,” said Julie Gehrki, vice president of the Walmart Foundation. “We are passionate about fighting hunger, and through this campaign, we have taken another significant step to help raise awareness of hunger in America and support local efforts to increase access to healthier, nutritious food.”

The funds from “Fight Hunger. Spark Change.” will be able to provide food for hundreds of thousands of meals to those in need in the 33 counties served by the Arkansas Foodbank. Food is distributed through 420 local partners that receive food from the Foodbank each year.